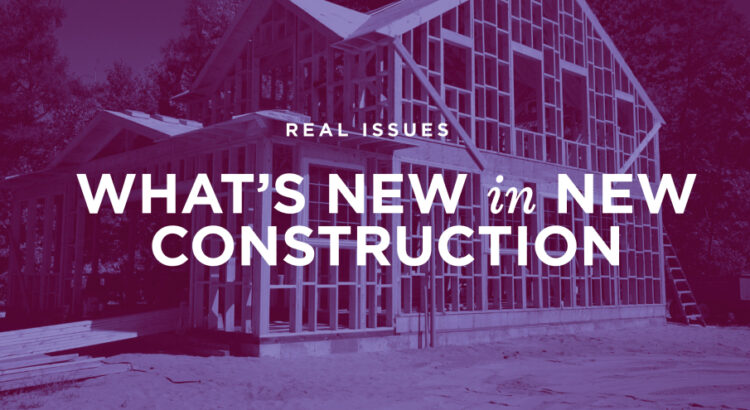 In a way, the nation’s homebuilders are in an enviable position: There’s not enough of their product out there to meet the ravenous demand of customers — not by a long shot. Imagine a beverage producer bottling 1.5 million jugs of lemonade when there are an estimated 28 million thirsty customers looking for a drink.

Of course, it’s not that simple. For one thing, the cost of lemons — er, construction materials, rather — has skyrocketed in the past year. And that’s if builders can even get their hands on those supplies in the first place.

In May, a National Association of Home Builders (NAHB) survey found that at least 90% of member builders had encountered a shortage of framing lumber, appliances, oriented-strand board and plywood. But it wasn’t just a few hard-to-get items. A majority of builders reported shortages of everything from drywall and windows to plumbing fixtures and copper wiring.

Around the same time, builders were grappling with lumber prices that had roughly tripled in under a year. The higher cost of lumber alone added about $36,000 to the cost of the average newly built home, according to NAHB. “What we’ve seen in the construction industry over the past year is that a material has tended to either be in short supply, with very long lead times, or be extraordinarily more expensive than it was,” said David Logan, director of tax and trade policy analysis at NAHB.

Some of those supply-chain issues and price shocks have calmed in recent weeks; dimensional lumber prices have since fallen dramatically, for example. But the price volatility of such a core construction material is unsettling for builders trying to set their budgets. And what’s more, even as lumber prices have come back down to Earth, other materials have continued to get more expensive.

Even after a drop in lumber prices, the cost of construction materials has risen 13% year to date and 19.4% in the past 12 months, according to the Department of Labor’s producer price index. Drywall prices have spiked 21.7% in the past year. And some items, such as appliances, remain back-ordered for weeks or months, forcing homebuyers to make decisions much earlier in the process. “Builders are telling buyers that they need to pick out their appliances basically before they break ground,” Logan said.

“It takes, on my part, as a general contractor, more attention to these lead times, and talking about them and bringing them up in client meetings, like, ridiculously early,” said David Cohen, owner of Hampden Design + Construction, a homebuilder outside of Boston. “I mean, you apply for the building permit, and you’re talking about windows, appliances, cabinets.”

“I have never dealt with the supply chain challenges that we’re facing… it’s more difficult than it’s ever been,” said Karl Mistry, regional president at Toll Brothers, the 11th largest homebuilder in the nation. “However, I think this is one of those times where a company like Toll Brothers, with the scale and leverage we have, is able to forge some really good relationships with large suppliers, and those partnerships at times like these really prove to be a tremendous benefit,” he said. “We’re able to be at the front of the line when material supplies are available.”

The nation’s largest homebuilder, Texas-based D.R. Horton, also leverages its size to call dibs on materials. “Our national scale and nationally exclusive contracts with our building products partners allow us to obtain product first when there’s a shortage,” said company spokesperson Bethany Carle. But just in case, to hedge against unexpected delays, Carle said the company has been waiting to sell homes until they’re further along in the construction process. “Being the largest in many of our local markets, including Houston, also gives us better access to labor,” she added — which has also been in short supply across the industry.

Smaller builders can’t throw their weight around like that, but they are nimble and resourceful. Cohen said even bluestone has been hard to find at times, but his mason called every supply company and took whatever inventory they had, even if it was just five or 10 pieces at a time. “He was, like, shoe-stringing together enough material to do the project,” Cohen said. “So, it’s this extra level of effort, and it’s this kind of extra mile that we’re all going through, all experiencing, to make the project run smoothly.”

Speaking of bluestone, there may be a reason the exterior stone has been hard to find: A full 61.4% of new homes started in 2020 included a patio, an all-time high. It’s hard not to pin that on the pandemic, with outdoor entertaining deemed safer and a pervasive desire for more recreational space at home. “People wanting outdoor space integrated into the home upfront, and not as an afterthought, I think that’s become uniform,” Mistry said. “I think people, as they’re spending more time at home, want that space around an outdoor fireplace.”

Indoor fireplaces have been a hit, too, according to Lisa McClelland, vice president of the Toll Brothers Design Studio. Little luxuries that make staying at home more appealing, restful or cozy have been in high demand among Toll Brothers customers who choose add-ons and other personalized design options for their home, she said. That includes spa-like bath features, such as rainfall shower heads and shower jets, as well as fireplaces, which saw the highest percentage year-over-year increase of all option categories.

Many buyers have been demonstrating a strong nesting instinct, McClelland added. “With people spending more time at home, they’re showing an increased interest in organization and order in their lives,” McClelland said, with closet organization systems a top customization choice.
Spending entire days at home surrounded by all our stuff — and our family members, and all of their stuff — has no doubt helped fuel the interest in closet space. But it’s likely inspired a desire for extra living space, too.

The median size of a newly started single-family home peaked in 2015, at 2,456 square feet. In the years since, the typical new house had been getting smaller each year, as builders added more starter homes to the mix. “Over the past few years, the overall average size of our homes has trended down as home prices have appreciated,” Carle said. “Our companywide average is approximately 2,070 square feet today.”

Unsurprisingly, space for a home office is no longer just a nice-to-have feature in a new home. Carle said many D.R. Horton floor plans include a flex space — whose purpose has been honed by pandemic priorities. “Over the past year, we have seen more homebuyers converting this space into a dedicated office, learning and play area, or additional bedroom,” Carle said.

But while more buyers are opting for home offices — “the work-from-home trend is real,” Mistry noted — Toll Brothers hasn’t necessarily followed remote workers deeper into the suburbs and exurbs. “We still carry this mantra internally, in a very disciplined way, of buying land at the corner of Main and Main — our distinguishing characteristic is largely our locations,” he said. “So, I wouldn’t say that we’ve changed where we build.”

However, Toll Brothers is keenly focused on building more 55-plus communities, Mistry said. “The pandemic has accelerated some retirement plans and made our customers think about that retirement a few years sooner,” he said. “So we are looking to do more active adult communities across the country.”

D.R. Horton already builds most of its homes in the suburbs, Carle said, and she expects more flexible commuting options will help spur demand for those properties. “Additionally, we have seen an increase in younger buyers since the onset of the pandemic,” Carle said, noting that, of the buyers who finance their home through the company, about 40% are now under 35.

Rosy forecasts aside, higher material costs, supply chain issues and ongoing labor shortages are all weighing on the industry — and on builder sentiment.

Nationwide, housing starts fell 7% in July, to an annualized pace of 1.53 million homes. That’s a slight improvement over this time last year — when the industry was still emerging from the chaos of the first COVID spring — but it’s probably not enough to ease the inventory crunch. The National Association of Realtors recently projected that the United States needs to build more than 2 million homes a year for 10 full years to alleviate our current housing shortage.

“There was a housing shortage before the pandemic, and the shortage has been exacerbated during the pandemic,” said NAR chief economist Lawrence Yun in a statement. Yun expects the slowdown in new construction, in combination with the healthy jobs recovery, already-low home inventory and rising home prices, to boost demand for rental housing and push rents higher.

Of course, building thousands of additional new homes isn’t just a matter of turning up the dial on the HomeBuilderPro ZM5000. In addition to securing materials and skilled labor, Mistry said state and local regulations also factor into the feasibility and time horizon of a new development.

“It is drastically different from place to place,” Mistry said. “Our ability to get started on a project is one thing, and that’s often a function of the regulatory process, permitting times, time to process a subdivision plan — it’s widely different from state to state.”

At least those factors are predictable. Material prices remain volatile, and global supply chains are still experiencing disruptions. Builders can expect a bumpy ride for the near future, said NAHB’s David Logan. “The hope is that supply chain issues work out most of the kinks by the fourth quarter this year, and that lumber supply kind of comes back to true equilibrium by 2022,” he said. “But as in life, nothing’s a sure thing.”

Well, for now at least, one thing is fairly certain: For builders who manage to overcome the many headwinds facing their business, there are homebuyers waiting for the finished product.

From appliances to plywood, materials shortages are more widespread today than at any time since the National Association of Home Builders began tracking the issue in the 1990s.

Special questions added to the monthly builder survey for the May NAHB/Wells Fargo Housing Market Index showed 90% or more of respondents had experienced shortages of plywood, oriented strand board, framing lumber and appliances, and most other materials were also in short supply.

In all, 24 different materials were surveyed, with ready-mix concrete and cement the most available, relatively speaking, with 43% and 44% of respondents respectively classifying them as in short supply.

The last time the NAHB asked about materials availability was in June 2020. At the time, fewer than 40% of builders reported a shortage of any of the materials queried, according to a press release.

In the intervening 11 months, the share of builders reporting shortages increased by at least 27 percentage points for each material, although usually by much more. The shares reporting shortages of oriented strand board and plywood, for example, surged 83% and 81%, respectively.

The NAHB added appliances to its latest survey after receiving anecdotal reports of shortages. The addition of the item was more than justified, the NAHB noted, since 95% of respondents reported sourcing difficulties, the highest percentage for any item ever recorded in the survey.