As the economy recovers from COVID and the housing market gains traction, homeownership is top of mind for Americans, according to the latest survey from Coldwell Banker Real Estate LLC.

Conducted online by The Harris Poll, the survey of over 2,000 adults revealed what’s on home buyers’ and sellers’ minds as 2021 comes to a close.

When tasked with choosing marriage or a mortgage, 82% of unmarried Americans said they would rather invest in a home than pay for an expensive wedding. The majority (85%) of respondents were female.

The survey revealed that over three-quarters of respondents (77%) would rather invest in a home than spend money on an expensive vacation. In addition, college graduates are more likely to prioritize homeownership (41%) over paying off student debt (17%).

Who else has real estate on their mind going into 2022?

• Younger Americans: Respondents ages 18-44 are more likely to say owning a home is an important financial goal for them (45%) compared to those 55 and older (30%).

• Renters: 47% of renters say owning a home is an important financial goal for them.

• Hispanics: 42% of Americans surveyed who self-identified as Hispanic say owning a home is an important financial goal.

“The 2021 housing market has been marked by low inventory and competition as Americans continue to keep homeownership top of mind,” said M. Ryan Gorman, president and CEO of Coldwell Banker Real Estate LLC. “Our latest survey suggests that, with generations of all ages and backgrounds prioritizing homeownership over other financial goals, this sellers’ market may continue into 2022. Our network of approximately 100,000 agents is ready to help home sellers take the next step.” 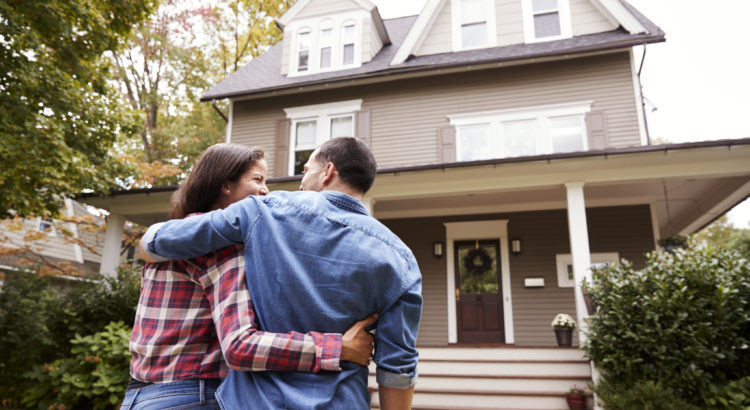 A new report from Redfin shows how inventory shortages are driving a chain reaction that includes accelerating home prices, unprecedented competition and surprisingly, the suppression of much-needed new listings.

In a typical year, asking prices do not surpass the previous year’s peak until March.

But determined buyers are not letting rising prices stop them. Pending home sales during that 4-week period were up 29% year over year.

For the week ending February 7, the seasonally adjusted Redfin Homebuyer Demand Index—a measure of requests for home tours and other services from Redfin agents—was up 63% from the same period a year ago.

Buyers are also buying more quickly to get ahead of the competition. The report showed that 52% of homes that went under contract had an accepted offer within the first two weeks on the market, well above the 43% rate during the same period a year ago.

This is the first time the four-week average has surpassed 50% since at least 2012 (as far back as Redfin’s data for this measure goes). During the week ending February 7, the rate was 57%.

Homes across the country are also selling for close to listing prices. The average sale-to-list price ratio, which measures how close homes are selling to their asking prices, increased slightly to 99.3%—1.6 percentage points higher than a year earlier.

Meanwhile, new listings of homes for sale were down 11% from a year earlier.

Active listings (the number of homes listed for sale at any point during the period) fell 37% from 2020 to a new all-time low.

“There is a serious lack of new listings, and although prices are through the roof, homeowners are reluctant to sell, because it’s so hard to buy again unless you are moving to a less expensive area where you can afford to outbid other buyers,” said Redfin chief economist Daryl Fairweather in the report. “Sellers who are concerned about finding their next home are asking buyers for a rent-back agreement, which allows the seller to stay in the home until they can move into their next one. Offering a rent-back agreement can also be a winning strategy for buyers with flexible timelines.”

For more on changing buyer preferences, see how the preferences for large kitchens and remote work-friendly homes are driving new purchases.