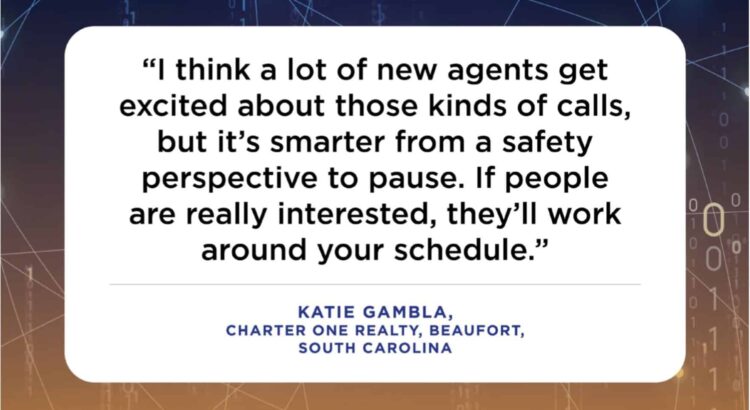 Katie Gambla had only been working as a real estate agent for about a year, when in spring of 2018, she got her first phone call from a man posing as a potential homebuyer.

But after speaking briefly, she realized something didn’t seem right. Instead of asking the typical questions she’d become used to hearing, the man on the other end of the line wanted to know when Gambla was typically in the office and where she would be at open houses in her hometown of Beaufort, South Carolina.

“I asked, ‘Is there a property you’re interested in, specifically?’” she said in a recent interview.

From there, he began babbling and hung up, but the calls didn’t stop there. The man, who was later identified as Andy Castillo, continued calling repeatedly from different phone numbers and leaving sexually explicit and threatening voicemails.

Gambla went to her local police department and reported the calls, but Castillo used a so-called voiceover IP system that allowed him to conceal his identity and the location from where he was making the calls.

“I’m a pretty safety conscious person, in general,” Gambla said, but the calls made her fear for her safety. “When this all started, I was assuming he was here, so I was more on guard.”

She began taking new precautions, such as letting others know when and where she was meeting new clients. Gambla also changed her routine when showing properties, particularly making sure she could quickly exit the home and parking on the street, rather than in the driveway, so she could not be blocked in by another vehicle. She also began taking her boyfriend or a male listing agent to meetings with new clients.

Following numerous complaints from various real estate agents across the country about the anonymous calls, law enforcement officials tracked Castillo down to his apartment in Lubbock, Texas, and arrested him on Jan. 6, 2020.

The ensuing investigation revealed that Castillo had been making the threatening calls to more than 120 real estate agents in different cities throughout the country, and a DNA test connected him to the 2003 murder of Cynthia Palacio, a 21-year-old Lubbock resident, and her best friend, Linda Carbajal, 21, who was murdered in 2004.

Castillo was incarcerated and awaiting trial for capital murder in the two cases when he died of COVID-19 in 2021.

Gambla and several other agents targeted by Castillo were highlighted in the television show “Devil in the Web” earlier this year on the Investigation Discovery channel.

She said that having worked in the business for several years now, she finds most of her clientele is based on referrals and past clients, but as a rookie agent, she was much more exposed to the unknown. She advises new agents to “cultivate a more referral-based business so you’re not meeting with as many strangers.”

Also, vet new clients when you’re speaking with them over the phone during that first phone consultation, she advised. “I ask, ‘Who can I thank for giving you my information?’ and people usually have a legitimate answer for that,” she said.

Gambla can now more easily determine whether potential new clients have been following the market, and she asks if they’ve already met with a lender. New agents often are eager to jump in the car and rush over to show a new client a house, but that eagerness can put you in a precarious position, she said. “I think a lot of new agents get excited about those kinds of calls, but it’s smarter from a safety perspective to pause,” she said. “If people are really interested, they’ll work around your schedule.”

The National Association of REALTORS® offers a number of tips on how to stay safe on their REALTOR® Safety Program website (https://www.nar.realtor/safety), which includes the following:

• Always meet new clients at the office or in a neutral location, like a coffee shop.

• Share your schedule with a colleague, assistant or family member.

• Do not overshare about your personal life.

• Do not host open houses alone.

• Check your cell phone battery and signal before heading to an appointment.

• Direct clients to walk in front of you when touring a property, do not lead them.

• Never go into attics, crawl spaces or garages, where you could be trapped. 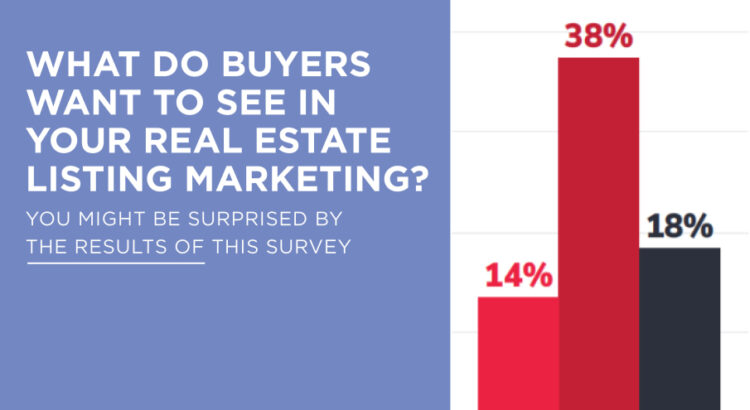 Agents could be missing out on sales because because of listings with mediocre photos and the absence of floor plans, virtual tours and other details that make the property stand out to buyers, according to a new report by real estate marketing firm BoxBrownie.com.

The report takes a closer look at what BoxBrownie Global Director of Sales Marketing and Revenue Peter Schravemade calls one of the most underrated sections of the National Association of Realtors’ Home Buyers and Sellers Generational Trends report.

He notes in the report that the NAR stats show that 89% of prospective homebuyers want to see listing photos, 67% want floor plans and 58% would like a virtual tour.

Professional photography a must

Schravemade adds in the report that brokerages have a duty to their agents to make sure quality photography is used in every listing — even if the pictures are shot by the agent.

“We do believe educational institutions and bodies should take greater responsibility in training listing agents as to how to go about marketing a home for sale or lease,” he wrote. “Part of that training should include sections on what constitutes professional photography.”

The BoxBrownie report believes those figures are exaggerated by the area of the country surveyed, sample size and other factors. “Other research is simply looking at links provided within listings and assuming they are virtual tours rather than videos or slideshows,” Schravemade said in the report.

The conclusion: virtual tours could give agents an edge with their listings. “They are no longer difficult to shoot, cost-prohibitive, or time-intensive,” the report states. “Importantly, purchasers value them highly in decision making around the purchase of a home.”

Back to the drawing board

Just under 10% of listings of single-family homes offer floor plans, but more than two out of three homebuyers want access to them. “This is not a figure worth shouting from the mountaintops, but it certainly is an improvement on the previous number we had from a 2015 study, which said that only 5% of MLS listings included a floor plan,” Schravemade said in the report.

BoxBrownie suggests asking every seller if they have floor plans available. These might be available through the appraiser, as floor plans are often included with appraisal documents.

If they’re not available, retail outlets like Home Depot offer plan draws starting at about $100.